This project is about the impact of mining on communities living along the Watut River and in the Morobe Province of Papua New Guinea. This project applies more widely to the PNG mining industry. While the impacts from mining on the Watut River are minor in comparison to those at Porgera, Ok Tedi and Panguna, they are nonetheless serious. Serious because of the impacts on local people, the repetition of past mistakes and as an example of the slow progress of reform in the mining industry.

The impetus for this project comes from many sources. For the Mineral Policy Institute it is a continuation of our work on a range of mine-sites and mining related impacts in Papua New Guinea since 1995. Watut River Communities became increasingly concerned about riverine impacts from the Hidden Valley mine since construction commenced and asked MPI to assist in late 2010. Subsequently, in early 2012 MPI was commissioned by the Lutheran Evangelical Church of Papua New Guinea, with support from Mission EineWelt in Germany to assess impacts from mining in the Watut River region.

Originally the methodology for this project was straightforward: access the reports and plans relating to the Hidden Valley and its impacts, interpret and summarise these for river communities and listen to their concerns and the impacts the mine had on them to date. Unfortunately, like elsewhere in the international mining industry, the information was protected, difficult to obtain or deliberately withheld from communities and other stakeholders. Despite repeated and strident requests a considerable amount of information relevant to the management and impacts of the Hidden Valley mine has yet to be released to the public.

Despite this restriction, some data has been made available by the Morobe Mining Joint Venture through the Environmental Impact Statement, annual environment reporting and from a company appointed reference committee. The environmental management project audit and assessment commissioned by the Department of Environment and Conservation in 2010 [SMEC Reports] have contributed significantly to the understanding of failures at the mine that led to the sedimentation of the Watut River and other impacts. Whilst similarly hampered by restricted data, the DEC Reports identify problems with environmental impact assessment, construction, and mine-site operations. Just as important was its demonstration of the importance of external oversight rather than relying on self-monitoring in Papua New Guinea’s mining industry.

Consequently, this report is based on a scientific assessment of publicly available data and qualitative assessments against industry norms and standards. Standards and practices which if applied, would result not only in the release of data and plans but a more transparent and equitable process.

There are many historical impacts from mining in Morobe Province as well as ongoing impacts from current operations at Hidden Valley.  There will also be much larger impacts if the Wafi-Golpu deposit is developed; both sites are owned and operated by Morobe Mining Joint Venture (MMJV) on behalf of equal owners, Harmony Gold from South Africa and Newcrest Mining from Australia. The potential for further mineral discoveries and exploitation at other sites could further multiply current, future and cumulative impacts in the region.

Both Newcrest Mining and Harmony Gold have publicly reported on and accepted some responsibility for the sedimentation of the Watut River and subsequent effects on communities including damage to gardens and cultural sites; village relocation; covering of river sands required for artisanal mining; and impacts of water quality and aquatic life. Unfortunately, an accurate assessment of the extent of this impact and liability has not been released to the public, nor could this report make such an assessment on the available data.

There is reasonable evidence to show that the lack of environmental management during construction, especially concerning waste rock, led to severe erosion rates into the Watut River and an approximate doubling (or more) of the sediment loads being transported down the Watut River. It is believed that some 20 to 30 million tonnes of mine-derived sediment entered the Watut River during the period of construction from 2006 to 2009. Furthermore, despite the Environmental Impact Statement predicting minor sedimentation problems to be shared equally by the Upper Watut and Bulolo Rivers, more than 90% of the sediment entered the Watut River. Whilst the impact on the water quality of the Watut River is mostly due to the higher sediment, there does appear to be slightly higher levels of some solutes such as sulfate, aluminium, and arsenic – although the typically generous compliance limits mean this is not recognised as an issue. The 2012 site inspection and 2011 and 2012 environmental monitoring reports show that efforts are proving successful in reducing sediment loads to the Watut River and improving overall water quality, although the very poor standard of the baseline studies hampers a more comprehensive analysis.

The lack of progress and closure relating to the impacts remains an ongoing issue for (1) communities, who remain concerned about existing and further impacts (2) damage to the reputation of MMJV, Harmony Gold and Newcrest Mining, (3) Local, Provincial and National Governments who have to respond to, monitor and regulate the mine and its impacts and (4) financiers and investors with relevant ethical/industry standards and the increased risk profile of the companies and mine-sites. 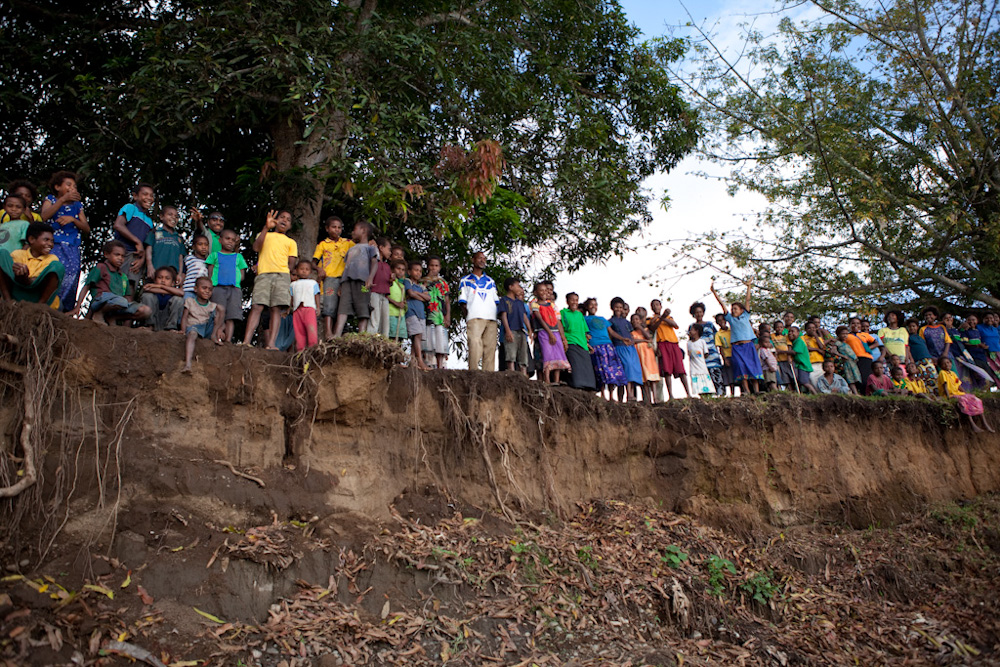 In addition to the systematic non-or partial compliance on more than half (43 of 73) of the Hidden Valley mine’s conditions found by the SMEC Reports, there are a number of breaches of policy or industry standards.  These include (1) Breaching of both Newcrest Mining and Harmony Gold’s company policies, (2) Inadequacy of company reporting to ICMM, (3) Inadequacy of community engagement, consent and representation, (4) Multiple breaches of the OCED Guidelines for Multinational Enterprises that could form the basis for a complaint in Australia, (5) Non-compliance with Equator Principles, despite Harmony Gold and Newcrest Mining making commitments to the principles and the involvement of Equator signatories such as ANZ, HSBC, Credit Suisse, Barclays, JP Morgan Chase, Westpac and the National Australia Bank.

The strongest statements of all, however, come from the communities themselves, who are tired of existing development paradigms and make a strong call for change. Change that sees communities involved in decision-making about development that is relevant to their needs instead of dominated by the interests of the companies, shareholders and financiers from far away. Rather than trying to translate their concerns into text, they are, at least in part, captured by the documentary accompanying this report, which also provides valuable context for those not familiar with the region (MPI, 2013).

This report outlines various mining impacts, irregularities and non-compliances at Hidden Valley – although these are far from being the worst examples in PNG.  They have occurred, however, in a period where the mining industry in PNG is increasingly being challenged by community, churches, civil society and even members of Parliament for both its excessive negative impacts and failure to deliver a significant benefit to the people of PNG. Indeed, the issues discussed in this paper should be seen as symptomatic of the industry as a whole, rather than being an irregular occurrence.

Critical problems are a demonstrated lack of transparency, environmental damage and a process that fails to adequately involve, consider and respect the rights of impacted communities.  Unless these are addressed in a meaningful way and supported by Government, Industry and community then we can expect further instances of impact and community opposition to mining at Hidden Valley, Wafi-Golpu and other mine-sites in Morobe and PNG. If PNG is to capture the benefits from industrialised mining, while minimising the negative impacts, then significant change is required from mining operators and regulators as well as how they interact with communities.