The MMJV, through the Hidden Valley Joint Venture [HVJV] established the External Stakeholder Advisory Panel [ESAP] in June 2011 to address the environmental and related social impacts of mining activities on the community. The committee has six members and an MMJV secretary appointed by the HVJV and its key objectives include “…assisting the HVJV to formulate and implement appropriate environmental and social policies and strategies and recommend and review the results of relevant technical studies and investigations” (ESAP, 2013).

By August 2014 ESAP has publicly released one report, entitled the ESAP Annual Report on the Hidden Valley Joint Venture, July 2011-June 2012.  Within the report the Committee identify the mine as a significant source for sediment as a “result of poorly constructed waste rocks dumps” with some of the sediment still in the upper and lower Watut River (2012, p.5). Furthermore, sediment loads are identified as contributing to changes in the lower Watut including: river straightening; increased bank erosion and landslips; overbank flooding and deposition; ecosystem loss; dieback; a major decline in fish populations; and adverse impacts on vegetable gardens.

ESAP state that the sediment comes from three main sources which have contributed approximately the same amount over different time frames: the mine over five years; historic and alluvial mining in the Bulolo over fifty years and; the Kamalu landslide over twelve years. ESAP believes that communities have a lack of appreciation for other sediment sources and tend to blame all the impacts on the mine. Unfortunately, although it is acknowledged there are multiple sources, natural and human induced, for sediment in the Watut River, ESAP offers no data or sources to support their attribution of sediment load so this statement cannot be verified. 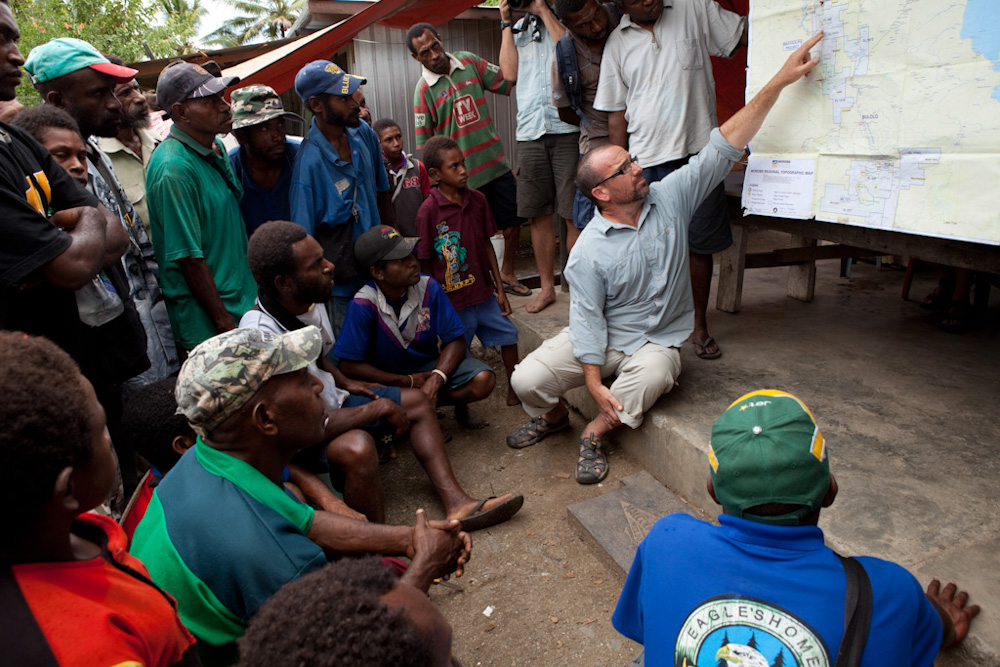 Despite claiming to be an ‘independent watchdog’ the ESAP Committee was unable to ascertain the causes of significant fish, prawn and eel kills at Chiatz and the Markham River bridge on the 15th and 16th February 2012. Again, without providing data or sources the Committee find that the mine was not responsible for either event. While this conclusion may be correct, the finding cannot be verified with the data available to public, undermining the independent watchdog role of the Committee.

The 2012 ESAP report makes a number of positive observations about the conduct and benefits of the mine and the establishment of the ESAP Committee. Without discussing all the matters they identify requiring attention, there are some significant observations the Committee make that are worth noting;

ESAP also refer to a number of reports and initiatives, the details of which are not in the public domain including: the Environmental Improvement Plan; details of the Watut River Impact Management Program, summary environmental baseline – including an assessment of historic, current and future impacts on the Watut River system; Acid Rock Drainage Plan; Aquatic Impact Studies; Sediment and Erosion Control Management Plan; Mine Closure Plan; Environmental Management Plan; and the ESAP Fish Kill Assessment. The absence of these reports severely undermines the ability for stakeholders or researchers to validate the findings in ESAP’s Report, or in other environment and social publications/announcements by ESAP, MMJV, Newcrest or Harmony Gold.

The ESAP Committee makes some strong observations relating to ineffective mine monitoring by the Government, despite the presence of what they regard as an adequate regulatory framework.  They identify a clear lack of capacity and resources within Government to monitor and regulate against compliance standards, with a reliance on the mines own data rather than the Government undertaking its own visits and data collection.

Notwithstanding the comments above, ESAP has made a good contribution to understanding and documenting the impacts from Hidden Valley.  The establishment of the group and their ongoing role is a step forward for MMJV which has and continues to suffer from a lack of community confidence. If the MMJV/HVJV and the Government were to adopt the recommendations, actions and practices identified by ESAP, then the operations, transparency and thereby community relations and reputation would be significantly improved.

Unfortunately, the establishment of ESAP is not world’s best practice as claimed by ESAP, MMJV, and Newcrest.  The lack of transparency about community and environmental impacts, mostly outside of ESAP’s control and the lack of community representation on ESAP, severely undermine its credibility and ability to perform a valuable role in monitoring and reporting on the mines impacts and activities.