The Hidden Valley gold-silver (Au-Ag) mine is located in the Wau-Bulolo gold field of Papua New Guinea (PNG), about 90 km south-southwest of Lae and some 300 km north-northwest of the capital Port Moresby, as shown previously in Figure 1 and more locally in Figure 4. The region forms a major part of the Morobe Province. The Hidden Valley project is located in the headwaters of the Bulolo and Watut Rivers, with the Watut River being a major tributary of the Markham River which reaches the ocean near Lae.

The Hidden Valley Au-Ag deposit, including the adjacent Kaveroi zone, was discovered by CRA Exploration Limited in July 1985 (Nelson et al., 1990; Pascoe, 1991), while the Hamata deposit was discovered in July 1987 (Denwer and Mowat, 1997, 1998) (CRA were the majority owners of and operated the Panguna copper-gold-silver mine on Bougainville Island). Although CRA lodged a development application for Hidden Valley in 1988, they later withdrew it (Burton, 2001). 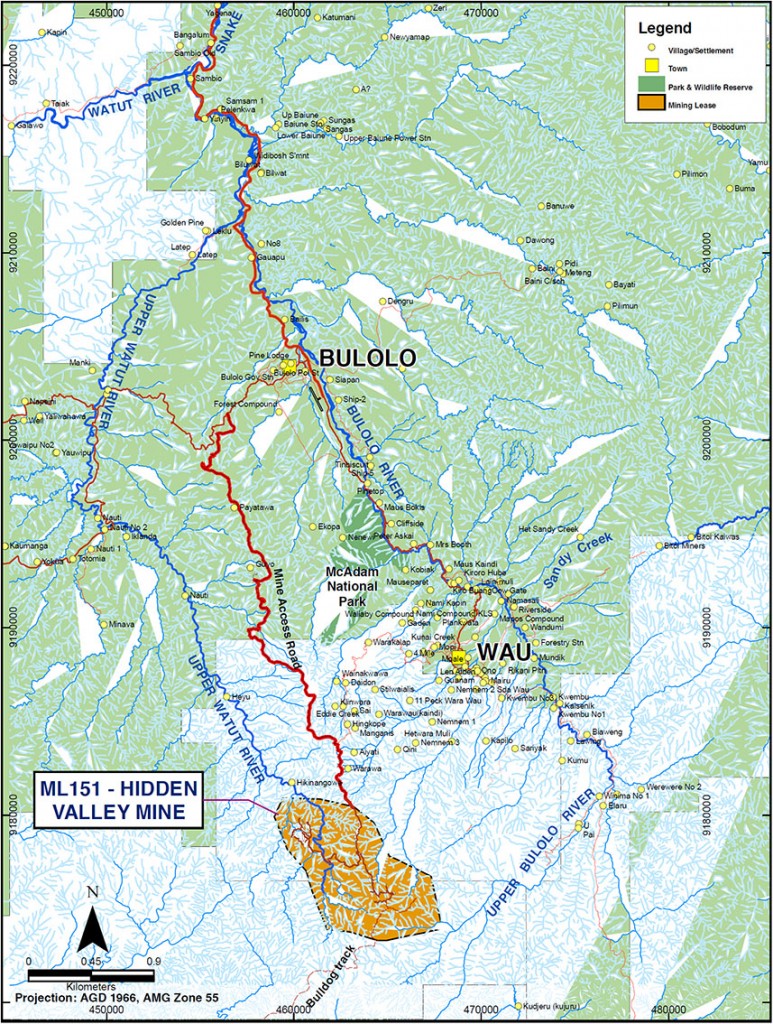 Figure 4: Regional location map of the Hidden Valley Au-Ag mine, Papua New Guinea (SMEC, 2010a)
(note: it appears the scale is incorrect).

Curiously, some the of early CRA environmental studies led to the following prediction by Pascoe (1991): “Sediments derived during construction, prestripping and waste rock dumping would enter the Bulolo and Upper Watut Rivers. While no cultivated river-side areas would be affected, there will be a depressed fish population which would affect subsistence fishing during, and for a short time after, the construction period. Water-borne waste during operations would be confined to the rivers affected by the Upper Watut River catchment area and would have some minor impact. No gardening or riparian land use would be threatened. The main potential for impact comes from the tailings dam decant water so control methods would be incorporated in the plant facilities to ensure compliance” (pp 75).

The Hidden Valley project was sold by CRA to Australian Gold Fields NL in 1997, who completed an ‘Environmental Plan Inception Report’ and began other technical studies in 1997, however this work was shelved in March 1998 when AGF were forced into bankruptcy. The project was bought by Aurora Gold Limited and CDC Financial Services (Mauritius) Limited in September 1998, with Abelle Limited merging with Aurora in January 2003. Abelle, in turn, was 75% owned by Harmony Gold Limited from South Africa, but became a fully owned subsidiary of Harmony by mid-2004.

An Environmental Impact Statement (EIS) for the project was publicly released in February 2004 (Enesar, 2004), proposing three open cut mines (Hidden Valley, Kaveroi and Hamata), a carbon-in-pulp (CIP) process plant and an engineered tailings storage facility. Approval of the EIS was given by the PNG Government in March 2005. The original mineral resource in the EIS was 36.173 Mt of ore grading 3.2 g/t gold and containing about 115,750 kg of gold (about 3.6 million ounces) (this compares to the current reported resource of 117.9 Mt at 1.48 g/t; see Table 3).

Harmony Gold began development of the Hidden Valley project in September 2006, with Newcrest Mining becoming a joint venture partner in August 2008, initially at 30% but rising to a 50:50 joint venture at the commencement of production in July 2009. The partnership is known as the Morobe Mining Joint Venture (or ‘MMJV’) and includes three main projects – the Hidden Valley, Wafi-Golpu and the Morobe Exploration Joint Ventures.

During construction of the project between September 2006 to June 2009, major problems arose with respect to managing waste rock and erosion. Although it is claimed by the MMJV that these issues are now effectively resolved and current operations minimise all erosion offsite, the downstream communities in the Watut River have been publicly complaining about the ongoing extent of impacts, especially sedimentation and poorer water quality and perceived health issues.

During 2010, the PNG Government’s Department of Environment and Conservation (‘DEC’) engaged Australian engineering consultants SMEC International to review and formally audit the status of environmental management at Hidden Valley (SMEC, 2010a), as well as a major study of the erosion and additional sedimentation to the Bulolo and Watut Rivers caused by the Hidden Valley project (SMEC, 2010b).

Although the MMJV has numerous internal studies and reports, these are not publicly available – nor were many of them available for the SMEC reports. The only reports released publicly to date by the MMJV are the 2011 and 2012 Annual Environment Reports (HVJV, 2012, 2013) – which contain the results of environmental monitoring and assessment work for 2011 and 2012, respectively (these reports are reviewed in detail later).

As such, this review focusses on the original Environmental Impact Statement (EIS) and relevant conditions of approval, the principal findings of the two SMEC reports, including some of the data presented in the SMEC reports concerning sedimentation impacts on the Watut River, the 2011 and 2012 Annual Environment Reports, as well as other technical reports and studies available for the Morobe region.

There can be no doubt that the Hidden Valley Gold-Silver mine has caused environmental impacts in excess of permit and approval conditions, mainly due to poor environmental management practices during construction that resulted in significant and ongoing sedimentation of the Watut River. These impacts from Hidden Valley have added to the historical and ongoing environmental impacts from both the Wau/Bulolo Goldfields and more recent workings in the Watut River area. While not at the same scale of impacts from mine-sites elsewhere in PNG, mining related problems in Morobe need to be examined and discussed as part of the national mining industry. An industry that has yet to effectively respond to current impacts, mining legacies and changing community expectations.

The scale of problems from the Hidden Valley mine-site have been exacerbated by the lack of transparency about the impacts and the response from operators and regulators. A lack of detail that leaves communities and stakeholders unsure of the source of and management response to sedimentation and other mining impacts.  To date, although the MMJV have conducted a range of studies on the Watut River, many of their reports and plans are still not publicly available – nor were they all made available to the PNG Government for the SMEC Report. Such secrecy and lack of transparency significantly hampers accurate scientific interpretation and only worsens the community perception of the impacts from the project to date.

What is clear is that by commissioning an independent review, DEC were able to quantify the level and number of breaches at Hidden Valley, thereby increasing awareness and public scrutiny. Ongoing assessment of impacts and management response by DEC or other agencies would add significantly to our understanding of the project and increase community confidence in both the operation and regulation of the Hidden Valley mine-site and potentially, the development of Wafi-Golpu.  Furthermore, future activities in the Watut River area should be guided by a commitment to  maintaining a social license to operate based upon a free prior and informed consent process. The involvement of the community through community advisory councils or similar structure would capture community concerns, guide operations and inform regulatory agencies.

The future of mining in Morobe is uncertain. In some ways MMJV’s operations are an improvement on existing industry practice, as evidenced by the use of a tailings dam rather than riverine disposal. On the other hand, MMJV is operating under increased scrutiny and community expectation and needs to implement substantial improvements to existing industry practices if it is to obtain a social license to operate. Regulators also have a vital role in managing the current and potential mining industry in Morobe if it is to contribute to genuine, sustainable development rather than overwhelm communities, agencies, infrastructure and the environment. 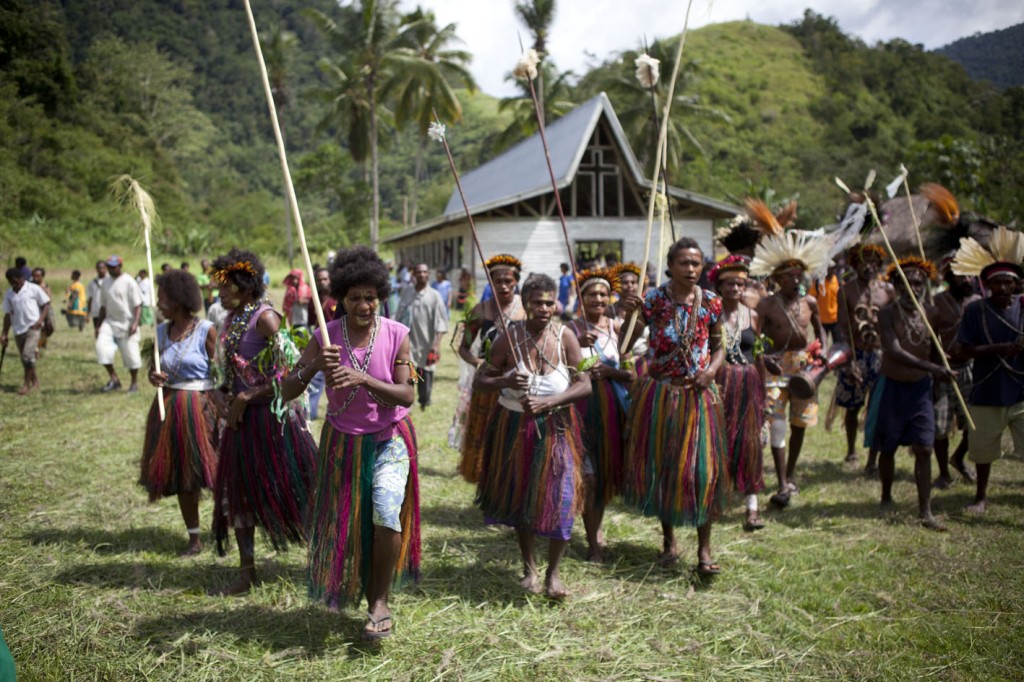 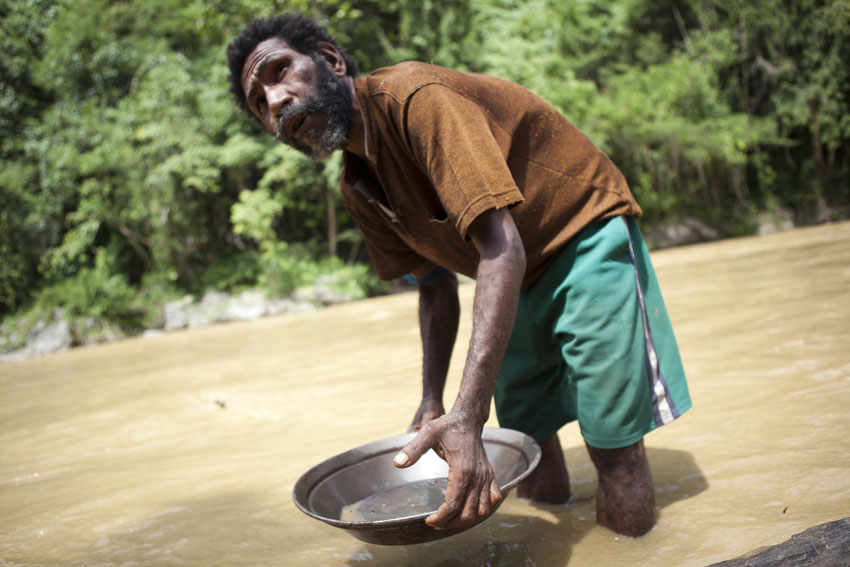 While longer-term initiatives that support consultation and consent processes are being developed and implemented, more immediate action could be taken to improve the situation on the ground. Communities should consider the findings of this report and whether a complaint should be lodged to either the PNG or Morobe Governments, or under the OCED Guidelines or made to the signatories to the Equator Principles. Local, Provincial and National Governments could heed the advice of ESAP, which identified the need for further capacity, independent monitoring and increased data collection and site visits by government bodies

MMJV and its owners, Newcrest and Harmony Gold should: immediately address the lack of transparency by releasing all relevant data; accurately report on issues relating to their mining operations; identify a board or decision makers for MMJV; adopt and adhere to suitable guiding policies; implement an effective grievance mechanism; respond to failings regarding OCED Guidelines and Equator Principles; and MMJV owners should appoint independent directors at board level with community and environmental expertise to assist in addressing current inadequacies and lead proactive reform.

Finally, it is hoped that by drawing the facts together in a paired documentary and report, that the existing and potential impacts from mining will be recognised and the communities call for a new development paradigm will be respected and supported.